According to Newton’s Law of Motion, objects will continue to move at their set speed unless an outside force acts to change it. When driving, the “objects” in motion include not only the vehicle but the occupants and anything loose that may be in it. That’s important when considering the damage that can occur during an accident especially if seatbelts are not warn by the occupants of the vehicle. When the vehicle meets an object and comes to a sudden stop, it means the occupants will follow suit unless they are restrained by seatbelts. Despite that fact, according to several Austin Car Accident Lawyers, there are pros and cons for wearing seatbelts.

The main argument heard from opponents of current seatbelt laws is based on constitutional rights. The constitution gives individuals the liberty or freedom to choose whether to wear a seatbelt or not. It is believed that the more intrusive the government becomes, the fewer rights individuals have. Groups like ABATE note that once a right is revoked rarely is it ever returned again. Many people explain that they also choose not to wear seatbelts because they are uncomfortable and cut into the neck and/or waist. Many more simply believe that the odds of them getting in an accident, getting injured or dying during the event is low. Although arguments may seem reasonable to some, when going to court a Austin Car Accident Lawyer is essential.

Proponents of seatbelt laws primarily utilize statistics and science to support advocacy for the use of seatbelts. For example, few people know that wearing a seatbelt can reduce the impact passengers experience to about 1/5 the impact of that suffered by a vehicle itself. The seatbelt is designed to slow the wearer down in increments in order to reduce forward momentum more slowly, ultimately preventing sudden contact with a windshield, steering column, headrest, etc. As far as statistics go, in 2014 the CDC found that 21,022 occupants not wearing seatbelts died in vehicle accidents and 2.3 million were seriously injured. In 2013 the CDC also found that lifetime medical needs and work lost due to injuries totaled over $45 billion.

The National Highway Traffic Safety Administration reports that traffic accidents are the leading cause of death in the U.S. Although 88% of people buckle-up automatically when they enter a vehicle, groups have been identified that are less likely to wear a seatbelt. Included are teenagers, males in rural areas, people that have been drinking, commercial drivers, individuals that drive pickup trucks and drivers that are alone especially when driving at night. When in an accident, 63% of those not wearing a seatbelt will either succumb to their injuries or end up with life altering injuries.

For those that live in Austin, TX, a lawyer that specializes in vehicular accidents can be invaluable. It’s important to note than in many states not wearing a seatbelt negates or reduces any compensation an individual can receive for damages. In Texas, with accidents that occurred prior to September 1, 2003 whether a seatbelt was or was not worn was not admissible in personal injury cases. For accidents that occurred after that time, however, the driver not wearing a seatbelt could be held responsible for all costs associated with all persons injured in the accident along with any property damages. In such cases, having the right Austin Car Accident Lawyer to represent you is critical.

We occasionally held group consultations here in Birmingham. If you have a problems that you need an experts' advice, our free event is the best solution for you. 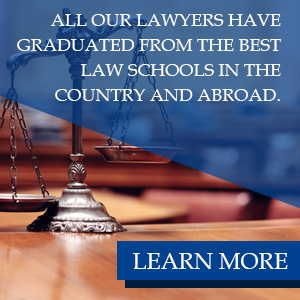 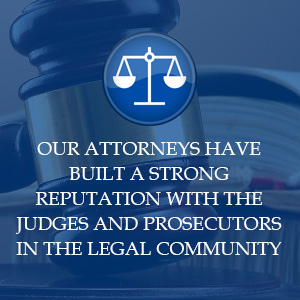